Dale Cameron Lowry’s ‘Sucker for Love’ begins by musing humorously on the attraction of certain flavours of the body, and his early introduction to the notion of oral pleasure: I found out about oral sex for the first time like many children my age did: by listening to BBC World Service over breakfast… it was the … Read more 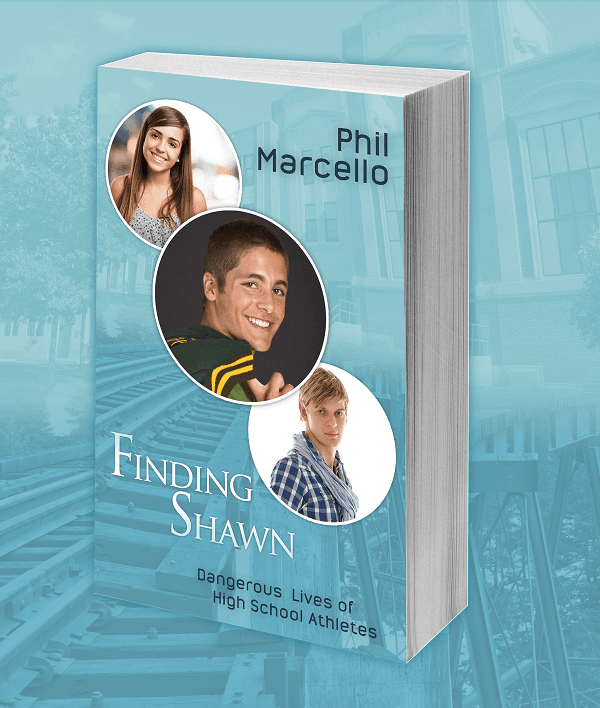 Today I’m excited to have Phil Marcello, author of the young adult novel Finding Shawn (Wayward Ink Publishing, aka WIP) on my blog. It’s book one in the new series Dangerous Lives of High School Athletes.

Shawn and Alex have been friends since first grade. Alex, the rock star quarterback, appears to be basking in the limelight of his success and his new romance with Pam. But appearances can be deceiving.

Shawn is the key man in the football team’s solid defense. He’s also the senior class’ most eligible bachelor. But Shawn has no time to get involved with a girl—at least, that’s what he tells his friends. In reality, he does have a love interest… Tony Valito.

Side-by-side, the relationships between the two couples blossom.  One in the open. The other in secret. That is, until Shawn’s world erupts when the rumor that he’s gay gathers momentum. In trying to find Shawn, perhaps his friends will end up finding themselves. And everyone will discover how dangerous are the lives of high school athletes.

Read below the cut for an interview, excerpt, and a chance to win a $4.99 giftcard to the WIP bookstore!

Finding Shawn is about a pair of best friends on the high school football team who both fall in love for the first time—Shawn falls in love with another boy, Tony, and Alex falls in love with Shawn’s sister. What inspired you to write this story?

Originally, the story was about Alex and high school bullying. I started writing the story after reading about teenage suicides that resulted from prolonged abusive behavior by their peers. It started out simple. Prominent athlete bullies teen and faces the consequences. But as I developed the characters, to give them depth, the story took on a life of its own. Alex was a reluctant participant transitioning into manhood. Shawn was a modern day Romeo maneuvered into circumstances beyond his control. For him, it was a variation of kismet. As I built Alex and Shawn’s lives I added more characters. For one thing, they both needed a love interest and so on and so on. When a story pours out of you, you have to let it happen.

The writing in this story feels very immediate and fast-paced. At times I got the sense I was watching a movie.

Hmmm. I wonder if they’ll let me play Shawn’s father in the movie? The pace wasn’t planned. It was dictated by the events and the fact the whole story takes place over the course of just one week. It also seems fast because I have to keep two separate story lines going until they merge. What actor would you pick for Shawn and Alex? Come on. Work with me here?

Hmmm … I’m afraid if I told you, you’d figure out that the only movies I’ve seen in recent history are The Hunger Games and Star Wars. What actors would you pick?

Alex is a rock star of a quarter back. So I’d go with Riker Lynch, bass player for R5. Mitchell Hope from Descendents embodies a touch of Shawn’s macho side with his sensitive side.

For a young adult novel, one thing that’s unusual about Finding Shawn is that it’s written in omniscient point of view. We don’t just hear from one or two characters. The reader gets to see the story from many perspectives and learns what’s going on in a lot of different characters’ heads. In that way, the story becomes almost the story of the whole city, or at least the whole high school community. Why did you decide to write the story this way? Was there a particular message or point you were trying to get across in doing so?

Omniscient is the way I write. Why people do what they do fascinates me. If you want a character to grow, they have to work through their inadequacies. They have to be molded by their environment. They have to learn their lessons. Villains don’t have to be 100% evil. Or do they? A good person can make a bad mistake. It can be hard to explain, in a story, why a person did this or that unless you understand what was in their head. I wanted the reader to feel the love, the hurt, the passions, the confidence and the doubt. To me, character development is the meat of the story. I want unforgettable characters. I want you to know them inside and out.

The New England Patriots of course. Is there any other good team?

Finding Shawn is the first story in the Dangerous Lives of High School Athletes series. Can you tell me more about the series and the other kinds of stories readers can expect?

Books two and three are already complete, in short story form. Straight and simple stories. They are self-contained communities of high school athletes embroiled in some type of challenge. There are good guys and bad guys. There is love, drama, fun, and lessons to be learned. But in book two, there is a very dark thread. It deals with athletes who are desperate to succeed and to what lengths they will go to be great. It also deals with the hidden dangers of the Internet. There are mixed-race relationships, sane and dysfunctional families, loyal and not-so-loyal friends and lovers. And just like in the real world, in every community, there are gay people fighting to survive, striving for happiness, just like everyone else.

Finding Shawn isn’t your first book. Tell me about some of your other projects, past and future.

I have four self-published books. Dog Tales contains over 50 short stories about dogs. Almost all are real life stories. A third of them are my own experiences based on four of the most terrific best friends that a man could ever have. The others are stories submitted by family, friends, and internet contributors. They are funny. They are wild. They are sad. And they are rated so you know what you are about to read.

K9-Rescue: A new beginning. A step by step process of rescuing a dog based on details of my last K9 rescue, Barron, who is featured on my website.

Two other books, Nightmare Feast and Unnatural Houses are a collaboration of bizarre and supernatural short stories that my brother Richard and I worked on. They come from the far side of our subconscious. They are as unique as you can get. I love the “Quantum Settlement.” It deals with an initial post life experiences. “I Like These People” deals with a house that has a mind of its own.

But the big one is a young adult fantasy story, which, well, I can’t really say. It sort of, Maze runner goes to Disney Land. So far, I have a collection of twelve short stories that are crying out to be nurtured into full-blown novels.

Pam enjoyed it all. The night, the atmosphere, and Alex. Especially Alex. But she was curious. “I’ve never seen you dressed up. Not even when we used to go to church. You look so….”

She wasn’t sure how to handle that one. Thankfully, Alex had more to say. “I have many façades, my dear. One for the team, one for my mother, one for school teachers, but only you get to see the real me.”

He could have said the exact same things, plus one. She made him feel like a man. He tried to express it. “I’m the guy who just wants to hold you and protect you from the cold, cruel world.”

Pam got starry-eyed. “I know. Whenever I do something stupid, you’re always there to make me feel better.”

“And looking out for you is a full-time job.”

Alex had to think for a second. He knew the answer, but he wanted to make sure that he used the right words. “I’ve always felt close to you. I’ve had a dozen crushes on you. The first time, I was just eight years old. I didn’t know what it was. Girls were supposed to be icky at eight. But you weren’t. It just seems like something always happens to distract me. A new school, schoolwork, Shawn, football, jobs, Shawn. Did I mention Shawn?”

Don’t miss the March Sale! All Wayward Ink titles are 35% off on the WIP website, 30% off on AllRomance, and 30% off on Amazon

PHIL MARCELLO started writing as a boy in the sixties. Growing up in the projects wasn’t easy, but reading and writing were a couple of healthy vices he picked up along the way. Life happened, but Phil never entirely lost his interest, and over the years he started, but never finished, over a dozen stories. Fortunately, he saved them all and now has the time and desire to complete them. Phil knows it will take years, but as he enjoys writing and views it as his art form, it’s a labor of love he gladly undertakes.

PHIL MARCELLO can be found at: 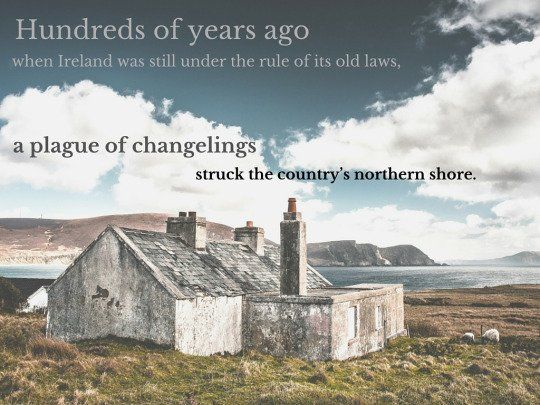 It’s my first time participating in Rainbow Snippets! Rainbow Snippets is a weekly online event in which writers share six sentences from a work in progress or completed story that has a QUILTBAG (LGBTQIA) main character. Since I’ve been traveling for the past few weeks and writing has gone out the window, I’ll share something … Read more 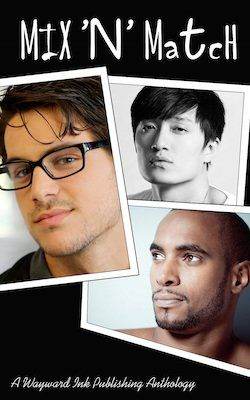 Remember when I said I wasn’t going to stop writing about gay Mormons anytime soon? I didn’t lie. In one week, on March 24, my next gay Mormony story comes out from Wayward Ink Publishing as part of its Mix ’n’ Match anthology: The heart wants what the heart wants. Race… Culture… Creed… Become little more … Read more 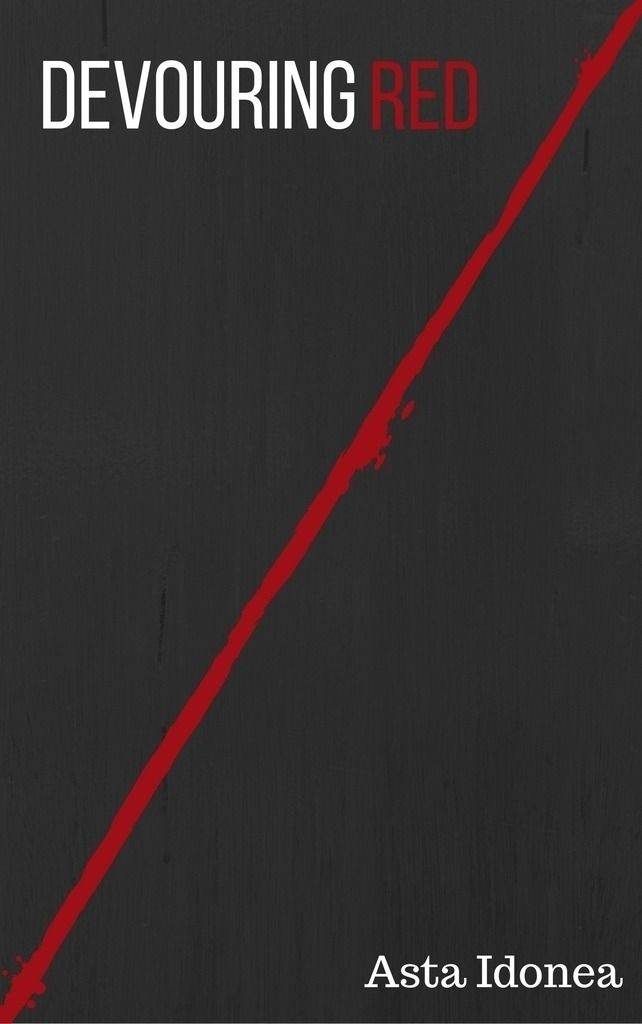 Asta Idonea’s Devouring Red is a fun, sexy m/m take on the Red Riding Hood story. For a limited time, you can read it free on Tablo. … Read more