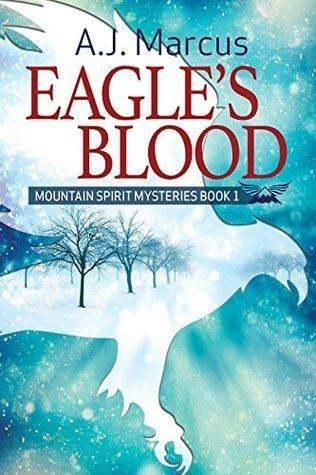 Brock Summers is a Colorado Parks and Wildlife Officer who loves his job and takes it very seriously. When he discovers a video of golden eagles being shot and learns of a nest in trouble, not even a blizzard can stop him from trekking up the mountain in an attempt to rescue them.

When Brock returns with the one eaglet he manages to save, Landon Weir, the local wildlife rehabilitator, patches up the bird and the injury Brock suffered during the rescue. Though they have been friends and colleagues for years, they discover a shared passion for protecting wildlife and vow to work together to protect the majestic birds from the criminals preying on them. It isn’t long before another video of eagles being killed comes to their attention. They must face inclement weather, a dangerous mountain, and armed poachers if they want to ensure the eagles’—and their own—survival.

I won’t repeat the synopsis which is already printed above, just give my opinions here.

I loved the wildlife rehabilitation aspect. I’m a sucker for wildlife and the natural sciences, what can I say? And I learned some new things about some of my favorite wildlife, as well as ones that I’m not familiar with, such as the golden eagles that form the centerpiece of the story.

I also enjoyed the romance. While conflict in a romance can be fun to read, sometimes I just want good, mature people to fall in love and be happy from the get-go. That’s how this story happened – they both were old enough and had known each other long enough to be confident in themselves and their relationship. I very much enjoyed that aspect of this book.

The sex scenes were OK. I would have preferred more emotion written into them, especially considering how in love the two protagonists were. The first sex scene happened too soon for my taste, and the second one required more stamina than most middle-aged guys have, even if they’re physically fit. I have no qualms about erotica (poke around my profile and that becomes obvious), but in this case I felt the book would have been just as good without it, or with sex scenes that had less physical detail and more emotional detail.

The story got more violent than I expected it to, but not overly graphic on that front. Nothing made my stomach churn, and the violence was necessary for the plot.

You can buy the book from Amazon, Apple, B&N, and other retailers.

You can also read this review on Goodreads.