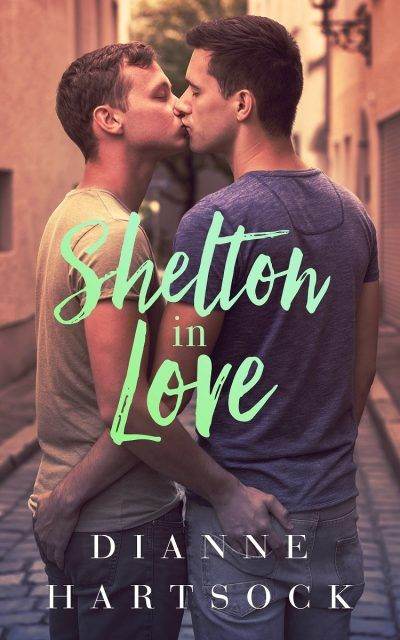 Nevil loves men and dates whoever catches his attention at the moment, usually several men at a time. It’s a lifestyle he thoroughly enjoys, that is until thoughts of his roommate begin to intrude on his fun. He wants Shelton, begins to wonder what he does with his evenings, who he’s with. Reminds me of my single days. Not that I played around much, but I never took dating seriously until that special Someone caught my eye. There was no one else for me after that.

What’s love but a second-hand emotion
What’s love got to do, got to do with it
Who needs a heart when a heart can be broken

These are Shelton’s thoughts, once he and Nevil become an item. Naturally shy with a secret that has made his few lovers leave, once they learn it, he’s hesitant to give his heart to a man used to playing the field. But Nevil is persistent and drop dead gorgeous. Shelton doesn’t stand a chance, his lonely heart reaching for this man who fascinates and excites him. He takes a chance, despite his fear of heartbreak.

I’m sure we’ve all been here, wanting someone we’re not sure is good for us. But it’s hard to fight that attraction to a quick smile and laugh, the flash of fire and humor in a pair of attractive eyes. The promise in stolen kisses. Shelton takes a risk, as we sometimes have to, and reaches for his Happily Ever After. Question is, will he find it with this elusive man who’s stolen his heart?

Shelton is falling hard for his best friend and roommate, finding Nevil’s dark good looks and moments of gentleness almost impossible to resist. But Nevil is more interested in affairs of the body than the heart. As Shelton’s desire for the man grows, he wonders if he can change Nevil’s mind. But does he even want to? Nevil might not stay, once he learns Shelton’s secret, and then his loneliness would be complete.

Note from Dale: I generally recommend purchasing ebooks directly from the publisher when all other things are equal.  Authors usually earn a higher royalty from these sales than ones made through online bookstores. The more money in an author’s pocket, the more freedom they have to keep writing.

Shelton ignored the flutter in his stomach that he always experienced when invited into Nevil’s room and settled back into the cushions of the chair. “Who’s the lucky color?” he asked, trying to feign indifference.

Nevil drew a pair of socks from the top drawer of the bureau at random. “Ah, the gray ones.”

“What? Percy again? Didn’t you have him earlier in the week?”

“So what? These socks have never let me down,” Nevil countered and rubbed the soft wool against his cheek, purring like a happy kitten.

Shelton’s stomach knotted at the decadent smile on Nevil’s face. Nevil had made it clear when they had first met he’d enjoy sleeping with him. The jealousy eating Shelton now was his own fault, but was it wrong of him to want more from Nevil than a passing fling?

He shoved away the thought of sharing something meaningful with Nevil knowing it could never happen. However, the desire made Nevil’s flirtation all the more hurtful. “Fine, but if you make the man fall in love with you, you can buy us an answering machine and listen to his calls when I’m not home. I don’t want to hear him whine when you break it off.”

Nevil looked at him, raising a finely arched brow. “Who says I’ll break it off?”

“Get real. You’ll be bored in less than a week. Remember Daniel Pratte? You scarcely managed six days with him after swearing to all who’d listen you’d love him forever. He called for weeks after you told him it was over, hoping you’d be the one to pick up the phone. Admittedly, he was a bit of a prig, but I’m the one who had to listen to him sobbing his heart out. I refuse to do that with Percy.”

“Danny wasn’t the right man for me. I haven’t made up my mind about Percy.” Nevil unknowingly twisted the knife deeper into Shelton’s heart. Shelton unconsciously held his breath when Nevil sat back against the headboard and lifted his foot onto the bed, pushing up the cuff of his tan Dockers. Moistening his lips, Shelton fought his attraction as he watched Nevil pull the sock over his foot and up a muscular calf. He was a faithful jogger and in May already had the beginnings of a fabulous tan.

Shelton’s treacherous gaze followed the fine dark hair up Nevil’s leg until it disappeared under the cuff of his pants. Captivated, his gaze continued upward to where the fabric tented nicely at the juncture of his thighs. His heart skipped a beat when Nevil shifted on the bed and the material pressed against a definite bulge.

Panicked, he raised his head, hoping Nevil hadn’t observed his interest. Nevil’s beautiful blue-green eyes watched him; then Nevil cocked an eyebrow. Shelton pushed to his feet from the chair, his face burning at Nevil’s slightly mocking smile. “I’m going to make a sandwich. Do you want one?”

If you are new to Diane Hartsock and want to get a taste of her amazing writing, you can get a free download of her MM short story Sammy, about a prostitute and john who fall in love, from Less Than Three Press.

Dianne is the author of paranormal/suspense, fantasy adventure, m/m romance, and anything else that comes to mind. Oh, and a floral designer, which is the perfect job for her. When not writing, she can express herself through the rich colors and textures of flowers and foliage.