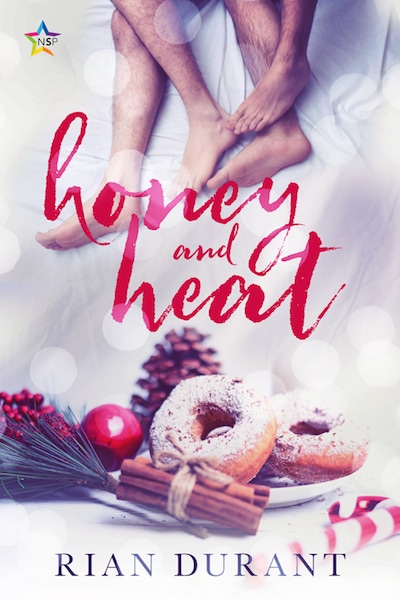 Today I am talking about first-time novelist Rian Durant‘s Bulgarian Christmas romance, Honey and Heat. Keep reading for an excerpt and some bonus photos of Varna, Bulgaria, the city where most of the story takes place.

Linden has only one thing on his mind a few days away from Christmas—his pending university exams. That is, until he meets his neighbors’ son who has returned for the holidays. Brice Stevens is gorgeous, but he’s insufferable.

It’s Linden’s first love, and he falls hard for Brice, despite Brice’s occasionally aloof and cool behavior. It’s an emotional ride for both of them while Linden takes a crash course in real love and Brice learns to trust in a relationship.

Excerpt from Honey and Heat

He looked around in despair, and at first, he thought he was having a hallucination. Again. There was no fucking way Brice was coming down the steps since this was mostly a students’ party and not many other people came to this club anyway. He was about to turn to Robbie and tell him off for giving his complete schedule to Brice, when he saw something else. Someone else. Two steps behind Brice, the blond angel entered the club. When they reached the bottom of the stairs he let the man take off his coat. He looked gorgeous, with a silverish shirt hugging his slim body, just like the white jeans did, and a devastating smile adorning his face. He turned to Brice and leaned in to tell him something which made Brice smile and gently push him toward one of the still empty boxes.

He shook, his sadness again turned to anger. How could he think even for a second today that Brice could have any feelings for him? Any feelings, period. It was because of the kiss. Too soft, too sincere… And yet, it was clear there was nothing behind it. He just wanted to have some fun and if Linden wasn’t the one spreading his legs, Brice had enough options. Especially the blond angel he had taken home the previous day already anyway.

Suddenly he felt it. It was exactly like a sting on his neck. Unable to resist it he looked at the direction where it came from and in a manner braver than what he thought himself capable of, he met Brice’s eyes. His expression was unreadable, but nothing on it showed the slightest desire for conversation. It was nothing like the almost nervous, impatient way they were seeking him in the social kitchen. Apparently, he was done pretending and was back to his real self of the rich playboy getting the best of the best. Because surely the blond boy sitting much too close to him was stunning. Did he care that the man was going around kissing other boys when he was not with him? Probably not—he was probably fine with giving and receiving pleasure without asking for more. He probably knew about the baby in the city as well and it didn’t bother him. Linden wished he was like that sometimes.

Brice didn’t spare more than five seconds staring at him before turning to the beauty by his side. Linden wished he could get rid of the feeling piercing his heart like a cold blade. He took a deep breath and looked at his friend, who was strangely silent.

“Do you think they have a mulled wine on the list?”

“I would be surprised if they don’t at this time of the year. Are you sure you want some?”

“Yup… Just please call me a taxi before I start crying and begging him to take me.”

Dale’s Thoughts on Honey and Heat

I met Rian back when we both wrote short stories for a publisher that has since closed. (That happens a lot in this business.) Since I’d only read her shorts, I was excited to learn that her first novel would be coming out this fall.

Honey and Heat is the story of Linden, a 21-year-old Bulgarian college student who falls in love with Brice, a professional almost a decade his senior. I didn’t know that going in because I have a tendency not to read blurbs before I dive into a book, so I actually read through the first couple chapters rooting for Linden to end up with a different character. Whoops!

Linden is a great kid with a good head on his shoulders, but he’s never been in love. He grew up in a town where it was hard to be out, and got disowned by his parents when he told them he was gay. Now he lives in Varna, Bulgaria’s third largest city, and while it’s easier to be out there, he hasn’t found the right guy for him. Plus, he takes his studies very seriously, and he pays his bills in part by making greeting cards and other paper crafts and selling them on a website similar to Etsy. So he doesn’t have a lot of time for putting himself out there.Still, he has a solid group of friends, including two close gay friends who are at university with him, and a retired heterosexual couple that lives in his apartment building and have adopted them as their nephew. “Auntie” Jane won my heart as soon as she came onto the page. She immediately impressed me as someone who was kind and generous, without being overly doting. For example, she surprises Linden by making him a boxed dinner during exam week so he can spend more time studying. And he does nice things for her too, like keeping her houseplants watered because she’s terrible at it, and making the gift box when he presents her with Christmas chocolates.

I took a while to warm up to Brice, but not because he was older. I am totally fine with people being different ages as long as they’re above the age of consent. My parents were one such couple, so that’s normal for me. The thing was, even though he was older, he didn’t really act like it. He made snap judgments about people and was self-absorbed to an extent that he actively hurt people close to him—I’m talking friends and relatives, not just love interests. He seemed a lot less mature than Linden, and if I were on the dating market, I would have had maybe a two-minute conversation with him and then run the other way.

Well, Linden doesn’t do that because, unlike me, Linden likes to give people the benefit of the doubt. Plus, there’s the whole thing of Brice being physically attractive. So what ensues is a sort of enemies-to-lovers romance—though not exactly, because like I said, Linden is nicer than me and so he doesn’t ever see Brice as his enemy.

It turns out that Brice is not as bad as he originally comes off. But he is immature. Combine that with Linden’s lack of relationship experience, and it’s a bumpy ride toward love for the two. They have a lot of misunderstandings, and in the process of ironing those out, they both learn to get better at the whole communicating thing.

I enjoyed learning a little bit about Bulgaria in the book, and ended up going down the Google rabbit hole looking at photos of Varna.

The characters also dropped a lot of German words and phrases in their speech, which surprised me because, well, German’s not Bulgarian, so I went down another Google rabbit hole reading about German and Swabian settlements in Bulgaria prior to World War II, and the influences of different ethnolinguistic groups on Bulgarian language and history. (Sorry all, that’s my idea of a good time.)

The book probably didn’t have as much cool factoids about Bulgaria as a nerd like me would want. For example, is “Brice Stevens”  in Bulgarian name, or did his family immigrate from an English-speaking country? I never really figured that out, though I wonder if I somehow missed  the part where that got explained. Anyway, since I didn’t even know the story was going to be set in Bulgaria, I can’t be disappointed!

Honey and Heat is a good fit for the reader who wants a Christmas read with some emotional drama, but ultimately a happy ending not just for the main characters, but for their friends as well. 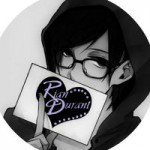 Rian is blessed and cursed by the insatiable desire to write, primarily M/M (insert more Ms if you like) stories.

Always having a plot in mind is hard with a day-time job, but Rian manages them both, assisted by the priceless support of her soul mate, lots of coffee, and pure obstinacy.

Here’s where to connect with Rian: