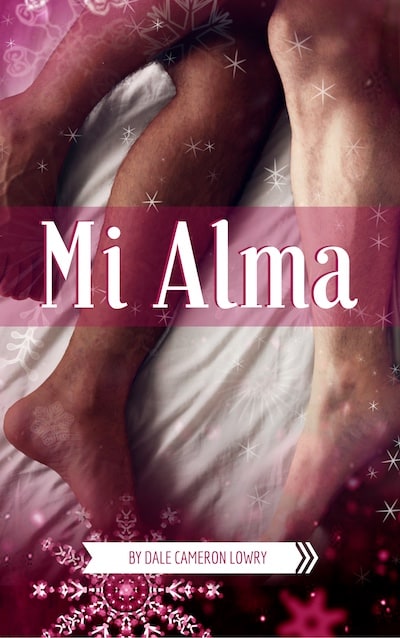 It’s Rainbow Snippets time again, and I’ve still got a bit more from “Mi Alma” to share, including updated cover art (check out previous posts to see earlier versions). Thanks to everyone who gave feedback on earlier versions!

“Mi Alma” is a short story that appears in my collection Falling Hard: Stories of Men in Love. But I’m also releasing it as a standalone for individuals who sign up to the Queeromance Ink mailing list in September. Hence, the cover art.

“Mi Alma” is the story of a Dominican-American bartender who unexpectedly finds love when he answers a Craigslist wanted ad seeking staff for a Christmas party. This week’s snippet picks up a few sentences after last week’s left off. Damian has just arrived at a coffee shop to meet with the thrower of said party, a dude named Alma, and Damian apologizes for having kept Alma waiting. Alma is the first to speak in this snippet:

“No, I was here way too early. An old habit from my missionary days that I never was able to break.”

Alma’s cheeks turned rose-pink to match the sunglasses that had been on his head earlier. “Sorry, I spent too long living in Utah. I forget not everyone—” He heaved a sigh and started over. “You heard of Mormons?”

Sounded vaguely familiar. Damian nodded as if he understood.

“The Church of Jesus Christ of Latter-day Saints? They send nineteen-year-old boys out in pairs to convert people all over the world. We all had ‘Elder’ on our name tags even though we were wet behind the ears.”

“Oh!” Damian remembered some guys named Elder coming to his apartment complex back when he was a kid. His mom sometimes let them stand in the door and read a few Bible verses to her, but when they told her they didn’t believe in praying to the Virgin she stopped answering their knocks. “The guys in the white shirts and ties?”

20 thoughts on “Rainbow Snippets: Check out the new cover for Mi Alma and read it for free!”