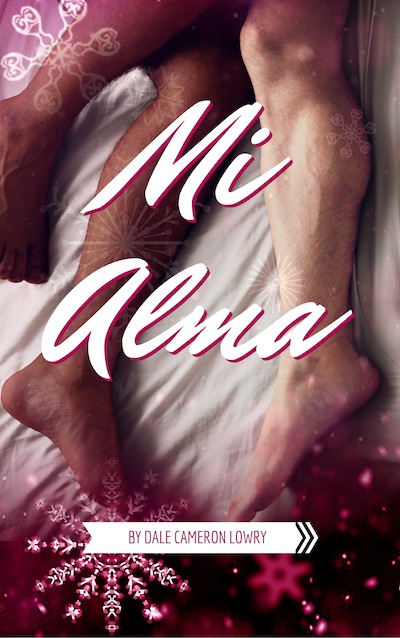 This week for Rainbow Snippets, I’m sharing again from “Mi Alma,” which appears in my short story collection Falling Hard: Stories of Men in Love. It’s told from the point of view of Damian, who answers a Craigslist wanted ad seeking a bartender for an office event. When he calls the phone number listed, he gets taken by the deep, Barry White-esque voice on the outgoing voicemail. That voice belongs to Alma, the man who’s throwing the party.

They talk on the phone a couple times and agree to meet up at a local coffee shop to go over plans  for the party. Here are six lines from the scene where they meet:

Alma said he’d wear pink sunglasses and a Utah Jazz T-shirt just to make sure he couldn’t be missed. Damian pictured a hairy bear of a man with a giant rib cage and belly to match the giant voice.

But when he arrived at the coffee shop, the only person in a Utah Jazz shirt was a boyish white man, thin and strawberry-blonde, with no facial hair to speak of and pretty beige freckles dusting his nose. The shirt was pushed up past his elbows and the pink sunglasses perched on top of his head. He removed them as soon as Damian sat down across from him.

“You must be Alma,” Damian said, brushing the flakes of snow that had fallen on his coat as he’d walked over.

“Yup. I’m assuming you’re Damian?” Alma reached out his hand. Damian took it. Up close, Alma didn’t seem as boyish as he had from afar. He was probably only a few years younger than Damian. He had the barest hints of crow’s feet forming at the outside corners of his eyes, and his forearms were sinewy and muscular, producing a firm, solid grip when he shook Damian’s hands.

And there was his voice, of course—not boyish at all, but heavy and rich like cream sauce.

“Yes, that’s me,” said Damian, breathing deep so he wouldn’t stammer like he almost did that first time on Alma’s voicemail. He didn’t usually go for skinny white boys, but apparently he was going for this one.

If you haven’t read Falling Hard yet, or if you just love this story so much you want it in a standalone copy, you can get the e-book version of “Mi Alma” free when you sign up to the Queeromance Ink mailing list in September.

In case you’re curious, here are some Utah Jazz sweatshirts (I pictured the first one when writing this, but I like the second one better):