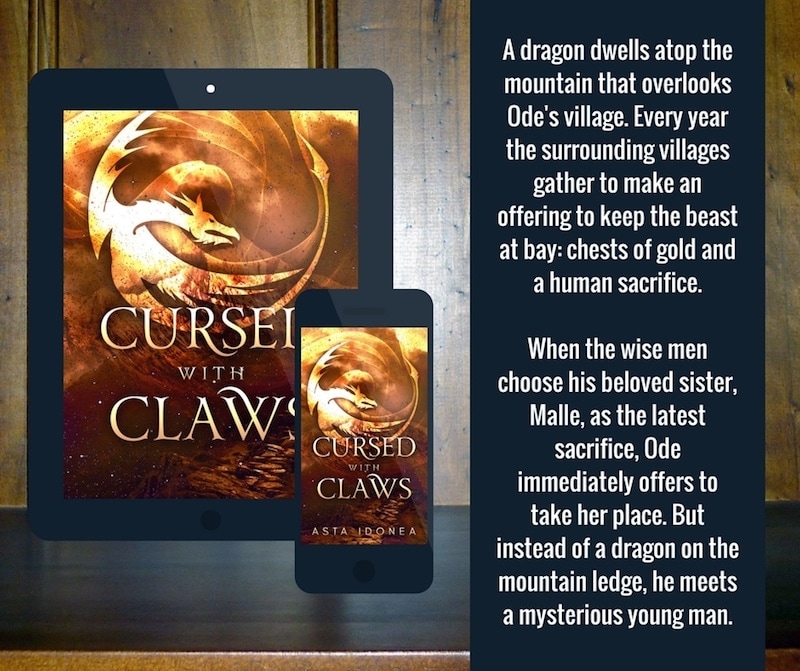 I’m delighted to announce Asta Idonea’s newest novella, a gay fantasy romance called Cursed with Claws. It’s about a young man who is sent by his village as a sacrifice to the local dragon, but finds a very different fate.

Summary of Cursed with Claws

A dragon dwells atop the mountain that overlooks Ode’s village. Every year the surrounding villages gather to make an offering to keep the beast at bay: chests of gold and a human sacrifice.

When the wise men choose his beloved sister, Malle, as the latest sacrifice, Ode immediately offers to take her place. But instead of a dragon on the mountain ledge, he meets a mysterious young man.

The Language of Cursed with Claws

Given the fairytale style of Cursed with Claws, I went with a quasi-historical setting. There is a medieval feel to the world, though it’s not quite the same as the one we know. For places names, I looked back to Old English, to add to the sense of history grounded in reality. In general, I based the idea of the villages and settlements in the valley on the Anglo-Saxon era too.

When naming my characters, I always like to choose names that mean something either in relation to the character’s personality or to their role in the tale. In Cursed with Claws, the two main characters are Ode and Elric. Ode means ‘wealth’ or ‘fortune’; while Elric means ‘noble’ or ‘power’. To see the relevance these names have in the story, you’ll have to give the book a read! 🙂

In all cases, I think names and setting should play an important part in any tale, offering a deeper truth and adding an extra dimension to both plot and character. Hopefully I have achieved that in Cursed with Claws. 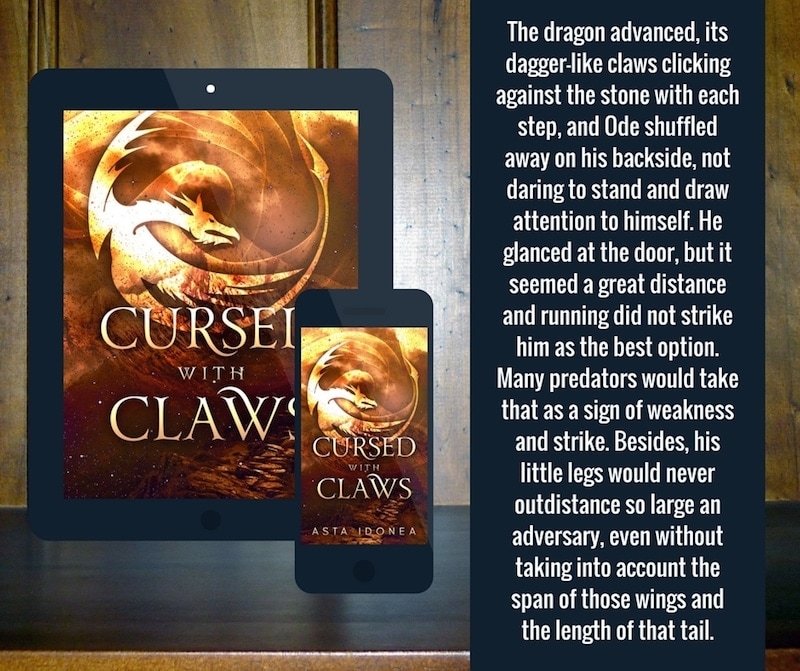 Check out more Asta Idonea books on my blog.

For more reading recommendations, check out the book reviews and author interviews on my blog.