My friend J. Scott Coatsworth has a new MM Sci Fi book out! It’s called Lander, and it’s part two of an MM fantasy romance series that takes place in a world where people with wings are subjugated by those without.

Read on for a summary, excerpt, and a chance to win free books or an Amazon gift card from J. Scott Coatsworth!

In the sequel to the Rainbow-Award-winning Skythane, Xander and Jameson thought they’d fulfilled their destiny when they brought the worlds of Oberon and Titania back together, but their short-lived moment of triumph is over.

Reunification has thrown the world into chaos. A great storm ravaged Xander’s kingdom of Gaelan, leaving the winged skythane people struggling to survive. Their old enemy, Obercorp, is biding its time, waiting to strike. And to the north, a dangerous new adversary gathers strength, while an unexpected ally awaits them.

In the midst of it all, Xander’s ex Alix returns, and Xander and Jameson discover that their love for each other may have been drug-induced.

Are they truly destined for each other, or is what they feel concocted? And can they face an even greater challenge when their world needs them most?

About the Oberon Cycle

Xander is a skythane man whose wings have always been a liability on the lander-dominated half world of Oberon.

Jameson is a lander who has been sent to Oberon to find out why the supply of the psycho-amoratic drug pith has dropped off.

What neither knows is that they have a shared destiny that will change the two of them – and all of Oberon – forever.

Xander stared at the torrent of water pouring over the cavern entrance. Somewhere out there, Quince and the others were lost in the storm.

“What happened to everyone else?” Jameson shouted, putting his hand on Xander’s shoulder.

“I don’t know. Last I saw them was before the lightning strike.” How had things changed so quickly?

Jameson started toward the exit. “We have to look for them!”

Xander pulled him back.

He squeezed Jameson’s hands, trying to reassure him. “Hey, calm down. There’s nothing we can do right now.”

“We already lost Morgan.” Jameson’s eyes pleaded with him. “I can’t lose the rest of them.”

Xander shook his head. “It’s no use. We’ll never find them in this tempest. They’re seasoned veterans. They can take care of themselves. We’ll go looking after the storm passes.” The loss of Morgan weighed on him too, though he was less and less certain that Morgan had been a human boy at all.

Xander felt it too, but there really was nothing they could do. “Hey, it’s gonna be all right.” He pulled Jameson to him, enfolding the two of them with his wings. Jameson was soaked, but Xander didn’t care.

Jameson nodded against his chest. “You’re right. Gods, I know you’re right. I’m sorry. I thought we were done with all this.”

Jameson gave him a half smile. “Trying it out? When in Rome….”

Jameson cocked his head. “It’s better. But everything sounds muffled.”

Xander nodded. “I can tell.”

Jameson blushed. “Am I talking too loud?”

Jameson smiled sheepishly. “It’s weird. It feels like my ears are full of water.”

Xander kissed him gently. “It’ll pass.” He looked around the cavern at last, his eyes gradually adjusting to the dim blue light.

The place was a faeryland, filled with rows of golden stalactites and stalagmites, like the bulwarks of an eldritch castle. Each one was a miracle of minute detail, like candle wax dripped from above. The whole cavern was lit by a turquoise-blue glow.

Xander looked around for the source. It came from pools of water on either side of the cavern. The scintillating light shimmered along the walls, creating complex, ever-changing patterns.

“Look, Jameson… it’s beautiful.” They were both a muddy mess. “We’re stuck here until the storm blows itself out. Why don’t we get cleaned up and try to rest? Then we can figure out what to do next. We have a long flight to Gaelan.” He was still shivering from the rain.

“A bath sounds like heaven.” Jameson let Xander lead him to one of the glowing ponds.

“Do you think it’s safe to go in?” Xander asked, pulling off his boots and testing the water with his toes. It was warm.

Jameson looked queasy, but then he smiled. “They called them faery ponds. There’s a microscopic organism that makes the light. It’s harmless, but beautiful.” He grinned. “Romantic, even.”

Ah, that’s how you knew this place. “You’ve been here before, haven’t you?” he said, slowly and clearly, gesturing to indicate Jameson and the cavern. His own generational memories were still fleeting, occasional things.

Jameson’s smile fled. He shrugged. “Not me personally….”

“Shhh. I know.” If he closed his eyes and focused, he could see this place too, but he seemed to be able to block them out when they were inconvenient. “Too many memories.” Xander pointed at his head.

Jameson nodded. He looked relieved. He reached out and pulled Xander close, his hands warm on Xander’s waist.

Xander slipped his arms around Jameson and kissed him once, twice. He wrinkled his nose. “You’re filthy and you stink! So do I.” He held up his shirt as proof. It was covered in mud stains.

Jameson laughed. “We can fix that.”

He helped Jameson unlace the sides of his shirt, pulling it off to reveal the naked skin underneath. Jameson returned the favor, his hands lingering for a moment before withdrawing to pull down his own pants.

They shucked their wet and dirty clothes and descended into the water. It was surprisingly warm, silky and smooth around Xander’s waist.

The pool was about three meters across and sloped down to about a meter deep at the far end. There was a warm, gentle current drifting past Xander’s legs, and the stone beneath his feet had been worn smooth by water and time.

Xander washed the grime off his skin, and it drifted off into the water around him.

Jameson pulled him in deeper and gestured for him to lower his head.

Xander lay in Jameson’s arms, and warm water washed over him, carrying the mud and dirt out of his hair. Jameson massaged his scalp, pulling away the twigs and bits of gunk he’d accumulated on the mad run through the forest in the storm.

Xander’s desire threatened to overwhelm him at Jameson’s gentle touch. He dipped his face into the water and rinsed off. It was so fucking good to get clean.

He shook his head, splashing Jameson, who shot him an aggrieved look.

The look turned into a wicked grin, and Jameson splashed him back. Then they were going after each other and laughing, a fine mist of water flying through the air.

Damn, it’s good to hear you laugh again. Xander grabbed Jameson and kissed him, harder this time, and Jameson’s body responded. They fell back into the water, and Jameson was hard against him, his own need naked before Xander’s desire.

After all that had happened, Xander needed to feel human and alive again. He tugged Jameson back to the shallow part of the pool and pulled his skythane down on top of him, Jameson’s skin warm against his own.

He kissed Jameson’s neck and nibbled on his ear, eliciting a low moan.

Jameson wanted this as much as he did. He could tell.

For a long, slow, ecstatic hour, Xander forgot all about the storm. 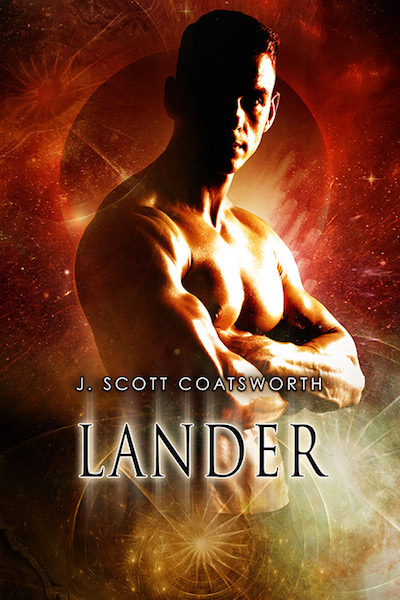 Where to Buy & Review

Scott is giving away a $25 Amazon gift certificate and three copies of his queer sci fi eBook “The Stark Divide.” 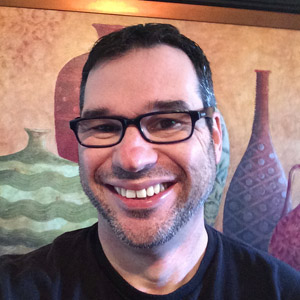 Scott lives between the here and now and the what could be. Indoctrinated into fantasy and sci fi by his mother at the tender age of nine, he devoured her library. But as he grew up, he wondered where the people like him were.

He decided it was time to create the kinds of stories he couldn’t find at Waldenbooks. If there weren’t gay characters in his favorite genres, he would remake them to his own ends.

His friends say Scott’s brain works a little differently – he sees relationships between things that others miss, and gets more done in a day than most folks manage in a week. He seeks to transform traditional sci fi, fantasy, and contemporary worlds into something unexpected.

He runs Queer Sci Fi and QueeRomance Ink with his husband Mark, sites that bring queer people together to promote and celebrate fiction that reflects their own reality.

Want more suggestions of books to read? Check out my book review and guest author tags.