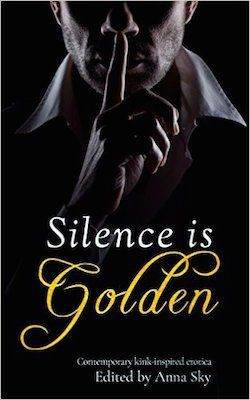 I had three releases this past week!

Here’s the summary of “What Marriage Is About”:

Darren wants his hands tied to the bedpost while his husband Ed fucks him. Ed hates the idea.

It’s not that both of them have been Deaf all their lives and use sign language to communicate—there are ways to express consent without language—but it’s related to both those things. Ed’s past includes abuse at the hands of his teachers and parents, who wanted so badly for him to speak that they tied his hands together to keep him from using sign language. He can’t imagine tying up the man he loves the same way.

But marriage is about more than love. It’s also about negotiation and compromise. The two men work together to figure out modes of bondage that meet Darren’s deepest desires without triggering dark memories from Ed’s past—and have several mindblowing orgasms along the way.

I hope you get a chance to check it out and let me know your thoughts!

Silence Is Golden is available on Amazon, iBooks, Kobo, Inktera, and other retailers.

And feel free to mark it as “Want to Read” on Goodreads!