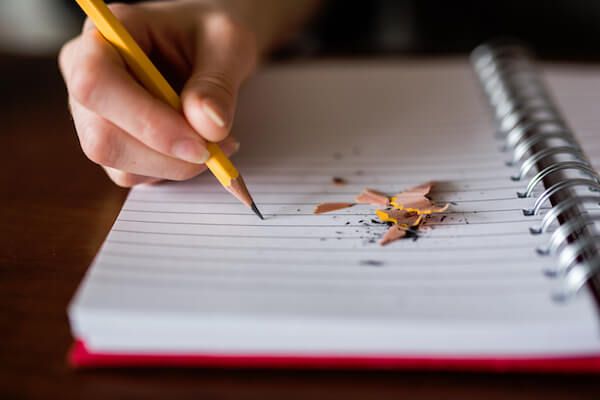 I’m thrilled to welcome Liv Rancourt back to my blog in this installment of Pen to Pen, a series of guest posts by authors about all aspects of writing. Liv writes historical and paranormal romances and always has sharp insights into the world of writing.

Here, she talks about plotting versus pantsing—that is, do you plan your story ahead of time, or discover what will happen as you write? I definitely lean toward the pantsing side of things, though with longer works I like to have a bullet list of points to hit, and I did once write a 20,000-word outline for a ginormous project I may one day finish.

How about you? Are you a plotter? A panster? A little bit of both? Liv and I would love to hear from you in the comments!

Plotting and Character Motivation: What this plotter has learned from her pantser writing partner

Thanks for having me back on your blog, Dale! I appreciate the opportunity to connect with new readers and – equally important – I find writing blog posts forces me to think through and articulate ideas. Here’s hoping we can learn together…

Before I go too much further, here are a couple definitions:

plotter—A writer who does some level of planning (outline, synopsis, character sketches) before they begin a novel.

pantser—A writer who “flies by the seat of their pants”, doing very little planning before they start.

There are plusses and minuses to both plotting and pantsing, but no matter how a writer approaches a story, the trick is to ground the plot in characters’ motivations.

For the last month or so, my writing partner Irene Preston and I have been drafting a novella for a Valentine’s giveaway. This is the fourth project we’ve co-written, and as usual, meshing our plotter vs. pantser styles has prompted a couple vigorous discussions.

Vigorous? Yeah, well we haven’t killed each other yet and we’re still on speaking terms, so…

Before I started working with a partner, I identified as a plotter. I relied on beat sheets and character sketches and Pinterest boards to help me flesh out a story. Most of this peripheral stuff happened while I was drafting the first half of the book, so I had a pretty good idea what I needed to do to get to The End.

Unfortunately, during edits I ended up reorganizing and rewriting and generally fiddling with things because the end didn’t necessarily match the beginning. I had (have?) a tendency to move the characters through a predetermined plot like checkers on a board, without giving enough consideration to how their experience, motivations, and needs influence their actions.

I wouldn’t say my earlier efforts were bad, but they could have been better.

Writing a novel with another person pretty much demands compromise. It’s a little like having a critique partner reading over your shoulder as you write. Irene insists that the plot make sense, that if the bad guys blow up a house, they have an actual reason for it. (And she needs more than because BOOM is COOL.) Working with her has taught me to look beyond my initial ideas, to ground the action in the characters’ goals.

'Writing a novel with another person pretty much demands compromise. It’s a little like having a critique partner reading over your shoulder as you write.' Click To Tweet

If I’ve learned to take things deeper, she’s learned to think ahead. I can still make her twitch by opening a beat sheet (or—horrors!—asking about her character’s fundamental need), but one of the downsides to pantsing is the risk of writing yourself into a dead end. With two of us juggling schedules and deadlines and whatnot, we can’t afford detours. Planning each section before we write may not count as truly plotting, but it does save time and angst.

Last November, I took part in my first NaNoWriMo. My project was an historical romance, set in 1920 Paris. I’d spent the month of October doing research, I’d done character sketches, I had my beat sheet ready, and I promised myself (promised!) that I’d keep my characters’ motivations in mind with each scene.

I may have started out with the skeleton of a plot in place, but subtle differences early on impacted the way the final scenes came together. I’m just now beginning a round of edits, but I feel pretty good about the integrity of the story. I’ll have to tweak some of the scenes, but don’t anticipate the plot will need major surgery in order to work.

So, while it’s useful to know where you fall on the spectrum of plotter to pantser—and it is a spectrum, with most of us falling somewhere in between—putting your characters’ needs and motivations at the forefront will allow the action to evolve organically. Even the villain needs a reason for their dastardly deeds. Not every writer is lucky enough to have an Irene handy to keep them on track, but we can all push ourselves to look beyond the obvious choices, to get to our characters’ truths.

Are you a plotter or a pantser? Do you have trouble connecting your characters’ needs to the plot? I’d be happy to bounce ideas around and to share what we learn.

Are you a plotter or a pantser? Learn how to combine planning and spontaneity to create your best possible novel in this blog post by author Liv Rancourt. #writing Click To Tweet 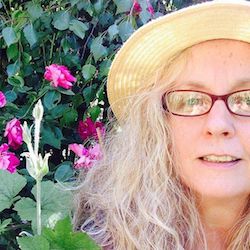 Liv writes romance: m/f, m/m, and v/h, where the h is for human and the v is for vampire. Because love is love, even with fangs.

When Liv isn’t writing, she takes care of tiny premature babies or teenagers, depending on whether she’s at work or at home. Her husband is a soul of patience, her kids are her pride and joy, and her dog’s cuteness is legendary. She can be found online at all hours of the day and night at her website (www.livrancourt.com) & blog (www.liv-rancourt.blogspot.com), on Facebook (www.facebook.com/liv.rancourt), or on Twitter (www.twitter.com/LivRancourt).

For sneak peeks and previews and other assorted freebies, go HERE to sign up for her mailing list or join the Facebook page she shares with her writing partner Irene Preston, After Hours with Liv & Irene. Fun stuff!

7 thoughts on “Pen to Pen: Liv Rancourt on Plotting and Character Motivation for Novelists”