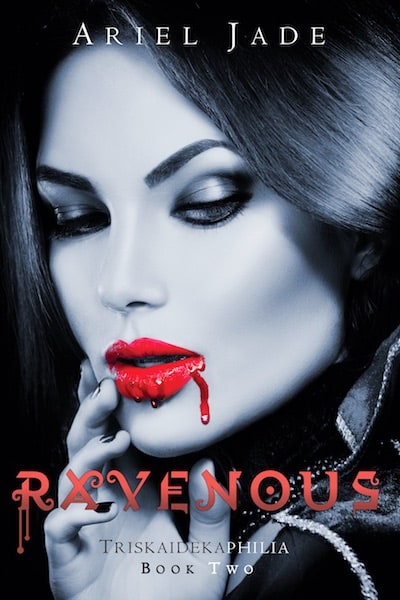 It’s been a couple months since I’ve posted a Rainbow Snippet, but I decided to get back in the action for a new anthology release coming up in October.  Ravenous from Pen & Kink Publishing is an anthology of vampire erotica due out on Friday, October 13.

My story, “Sweeter Than Blood,” previously appeared in Blood in the Rain II: Nineteen Stories of Vampire Erotica. It’s the story of Keith, a misanthropic vegan whose hot encounter with a stranger turns him into a vampire. Though his sire tries to help him rein in his impulses, temptation is strong in the form of Andres, one of Keith’s regular barbershop customers. When Andres finally asks Keith on a date, the real danger begins.

The old analog clock on the wall reads 8:37 when Andres arrives. I smell him before the bell on the opening door jingles. He nods when I look up. I turn back to my work, running the clippers through the hair of an old man who smells like talcum powder, Old Spice, and vitamin B shots. His blood has a sterile quality I’m not fond of, common in people who take lots of medications. It’s not bad, but it’s not tempting.

Andres, on the other hand—my mouth is watering already.

Check out more snippets from “Sweeter Than Blood.”

23 thoughts on “Rainbow Snippet: A peek into the mind of a fledgling vampire”