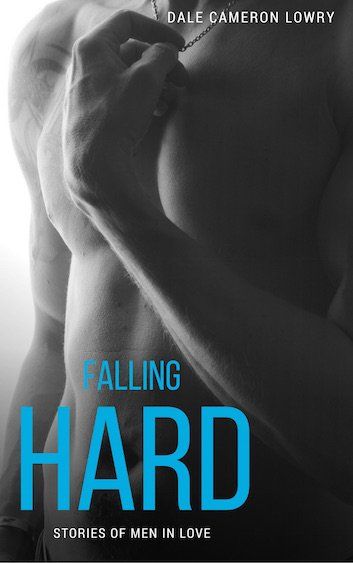 It’s been an exciting couple weeks for me with the release of my MM romance anthology Falling Hard: Stories of Men in Love and some stellar reviews. So for this weekend’s Rainbow Snippets meme, I’m going to share a bit from “Rough Love,” which appears in  Falling Hard  and was reviewer Eddy LeFey’s favorite of the bunch. It’s about two college students negotiating their first serious relationship. The blurb: Blake thinks new boyfriend Michael doesn’t like French kissing. Michael thinks Blake doesn’t like rough sex. Neither are virgins, except in the art of conversation. Can they set things straight before the honeymoon’s over?

And now for the snippet:

I figured the best approach was to ask him if something was wrong. It was such an obvious solution I wasn’t sure why I hadn’t thought of it before. We were at a table in the back corner of the science library, in the ichthyology section because there were always free tables there. The fish fossils and skeletons on the wall made it a slightly creepy place to hang out, but I usually ignored them. Michael made it easy. He was unfairly hot that day, in a tight black t-shirt with a low scoop neck that showed off his collarbones.