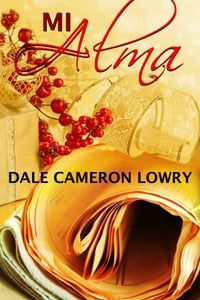 With the summer solstice almost upon us, I thought I’d post something set during the other solstice for my contribution to the Rainbow Snippets meme this week. This passage comes from Mi Alma, a short romance about a Dominican bartender who falls for an ex-Mormon patron. Update Feb. 2016: It’s available as part  of the anthology Falling Hard: Stories of Men in Love.

I counted out my six sentences grammatically (by what contains a subject and predicate), rather than by punctuation (by what ends in a period, question mark, or exclamation mark). I hope you enjoy them!

“So you came back from your mission, stopped going to church, and started selling Spanish Bibles?”

Alma huffed out a laugh. “It sounds kind of weird when you put it that way, but yes.”

Damian studied Alma, this person of mystery and contradictions: Atheist who sells Bibles. Skinny white boy with a voice deeper than a tuba. Man with a girl’s name. Damian looked at those stained-glass eyes and realized the three colors he’d noticed so far were just a fraction of what was in there. They held a thousand different shades of light, more than Damian would ever be able to identify even if he spent his whole life studying.