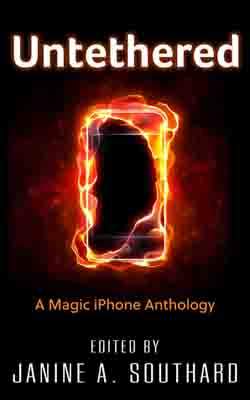 My contribution this week to the Rainbow Snippets meme comes from “What You’re Called to Do” in Untethered: A Magic iPhone Anthology (Cantina Press). The story is about an unemployed journalist whose phone turns him into a part-time cat rescuer. In addition to the feline love, he finds some of the human kind, as well.

“What next, Siri?” he said when he arrived at Churchill and Main.

Justin found himself in front of a house with a scraggly, leaf-strewn yard and a boarded-up front window. Yellow pieces of paper were taped to the front door. Though he couldn’t read them from the curb, he recognized them as foreclosure notices, which had become commonplace all around town.

A blood-curdling yowl rose from the backyard.