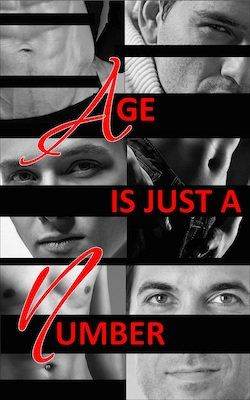 It’s been an exciting week here! Wayward Ink just released Age Is Just a Number, an anthology of m/m May-December romances that includes my short American Master Baker. It’s a story about two competitors on a reality TV show: Joey, a young smartass who thinks he knows everything about working in the kitchen; and the more experienced Terrence, who won’t take his guff. Some of my favorite authors have contributed to this anthology, so I can’t wait to dive in and read their stories.

You can buy Age Is Just a Number at the Wayward Ink store or at Amazon, Kobo, and other online retailers.

I’ll post snippets from American Master Baker in future weeks, but this week I wanted to share a different food-themed excerpt for my contribution to the Rainbow Snippets meme. It comes from Loggerhead, a romantic short about a work-harried couple rekindling their romance. The narrator’s a journalist, and his husband is a chef. In this snippet, the narrator looks back on their early romance:

He was going through the coolers, taking inventory for the next morning’s deliveries. His hair was disheveled, the white sleeves of his chef’s uniform pushed up past his elbows, and he was talking non-stop, the way he often does when he’s exhausted. He turned to me at one point, holding a pair of carrots for me to inspect. They were twined around each other like lovers – had somehow grown that way in the ground. “I hid this from the line cooks because I wanted to show you,” he said. “This is what’s happening to my heart, with you.”