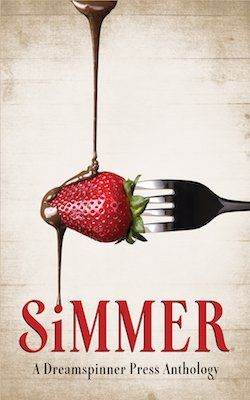 My contribution this week to the Rainbow Snippets meme comes from “All Is Well,” my surprisingly sweet, not-all-that-angsty story about two male Mormon missionaries who fall in love. It was first published in Simmer from Dreamspinner Press. This scene takes place at a luncheon where our heroes meet for the first time:

Tanner ignored the bickering in favor of staring at Elder Pratt. Well, not staring, exactly, because that would be weird and inappropriate and perhaps give the appearance Tanner was giving in to his weakness for same-sex attraction. Rather he gazed over in that general direction, watching plates of food pass from hand to hand—including Elder Pratt’s hands, which were fascinating because they were large and muscular, but also somehow delicate. Elder Pratt wrapped his long fingers around the handle of the serving spoon with the same thoughtful gentleness one would employ when holding the hand of a newborn. How could such broad palms and almost muscular fingers exhibit such grace.