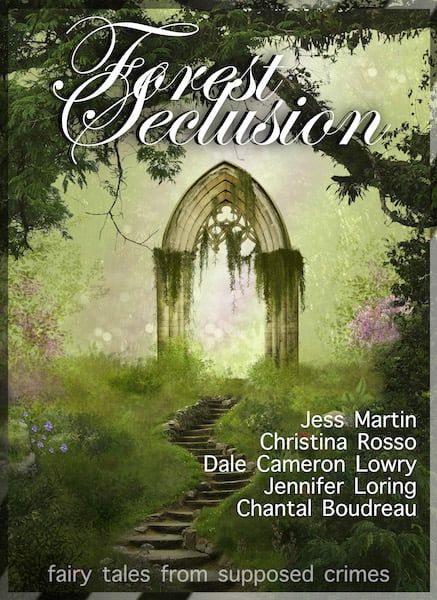 My contribution this week to the Rainbow Snippets meme is from the first gay fairy tale I’ve written since I was a kid. It comes from “The Tree of Wisdom,” a love story that appears in the new queer fairy tale anthology Forest Seclusion from Supposed Crimes Publishers. At the price of free, you can’t afford not to buy it. Here’s the teaser for my piece:

A curse cast on Prince Florian makes love a dangerous enterprise. But when he meets animal whisperer Olvir, he falls willingly.

This is a fairly sweet and chaste story as far as my usual writing style goes. But given that it’s a fairy tale, you can expect some violence and horrible behavior. Read it to yourself before you read it to your kids. It may or may not be suitable for them, depending on their ages and personalities.

Here are six sentences that introduce you to Florian, one of the protagonists:

The king bit the apple, and gave it to his wife to eat of it as well.

Upon their return home, they planted the apple’s seed in their garden. Up came a beautiful vine, and from one of its flowers blossomed a tiny baby boy with russet skin and cheeks that went wine-red when he blushed.

His parents named him Florian in honor of his strange birth, but never told him of his origins. He was a cheerful child and kind to everyone he met. He listened to his tutors and played with the children of the servants as equals.

14 thoughts on “Rainbow Snippets: Six Lines of LGBTQ+ fiction from “The Tree of Wisdom””