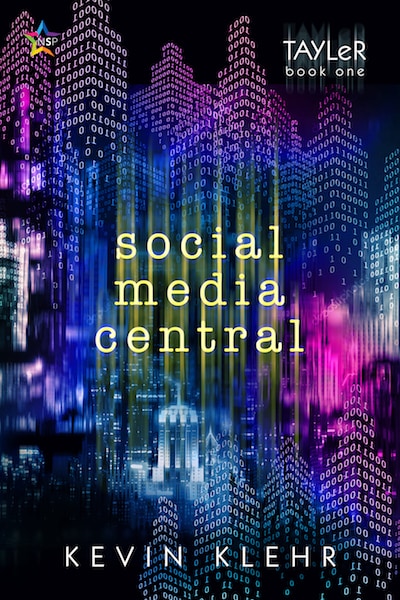 When I read about Kevin Klehr’s new novel Social Media Central, I knew I had to have him on my blog. The book takes place in a near future that may or may not be more dystopian than the present day, thanks in part to the ubiquitous presence of social media.

I’ve been thinking about social media and its effects not only on politics (aren’t we all thinking about that?), but also in how it’s changed the way I structure my day and interact with the world both professionally and in my off-time. So the book immediately went on my to-read list.

Kevin works in media literacy, so his rundown below about the monumental shifts in social media is more insightful than most. His comparison of 2015 to today really opened my eyes! And he’s made me realize I need to rely less on my Facebook notifications to keep up with my friends and actively reach out to them, just as I did before the internet came into my life.

When I began writing my novel Social Media Central three years ago, some things had already changed in people’s behaviour when interacting online.

In the early days of social media, forums were lively and no one took offence to an opposing view. It was healthy debate. Well, at least in the forums I followed.

But then one of my author friends wanted feedback on her proposed new book cover. I was honest. I felt some elements worked but one element made the design unbalanced. Quickly, someone came to her defence. This shocked me. My author friend appreciated my feedback but I was still rattled by the person who saw my view as an attack.

What changed? Was the tool that was supposed to bring the world together now just a way for people to seek validation?

I think this was one of the factors that influenced my story. Don’t get me wrong. I still believe social media can be a tool for good, but I feel that in those early years when we were still working out how to use it, we conversed about things that mattered more than now.

But maybe this is just a reflection of my own news feed. It’s the fallout of the biggest change that has happened between the way we use it now to the way we used to use it. Algorithms.

I work for a training organisation that teaches media skills and recently gave a talk on Facebook algorithms at a conference. What I had to say was relevant to my audience who had to find ways to beat the system in order to get their own message out there. You see, we all have an individual algorithm that knows the type of content we like (videos, images, personal stories, etc.) and takes note of what people we engage with.

One of my friends asked if I liked his restaurant reviews on Facebook to which I replied, “I don’t know. I’ve never seen them.” If Facebook thinks I’m not interested in him or his content, then it simply won’t show up.

Of course, this creates a catch-22. If you don’t like or leave a comment, eventually that person, or the type of content they’re showing you, won’t appear in your feeds.

So, in a way, your feeds are just mirroring you. As one of my millennial workmates said, her online journey was no longer controlled by her.

But I digress. There were only several amendments I made to my novel in line with its release three years from when the first draft was written. One of them had to do with algorithms. This wasn’t even a consideration back in 2015.

Another was the influence governments had in getting a message directly to you. This was already part of my story, but not in the way it has played out on the world stage in recent years.

Cambridge Analytica. Russian influence on elections. Even as I write this, Mark Zuckerberg is in the headlines as he faces the US Congress.

The way these factors are described in Social Media Central is way more naïve, and one entire conversation was rewritten several times before publication otherwise it would have sounded out of date.

But that’s the beauty of science fiction. It predicts the future from the point it was written, yet still warns of danger yet to come.

Kevin is the author of a number of books including the Actors and Angels series and the Nate and Cameron Collection.

The Actors and Angels series are three comedies about theatre in the Afterlife, where two friends explore their love for each other through several lifetimes with the help of a gay angel. The third in the series scored a Rainbow Award for Best Gay Alternative Universe/Reality novel.

The Nate and Cameron collection are two novellas that delve into a relationship between a dreamer and a realist, where the latter is coming to terms with loving second best. The two stories, Nate and the New Yorker and Nate’s Last Tango, are also available in one paperback edition.

And his latest novel, Social Media Central, explores a future where everyone is addicted to their screens.

Kevin lives with his long-term partner, Warren, in their humble apartment affectionately named Sabrina), in Australia’s own “Emerald City,” Sydney. 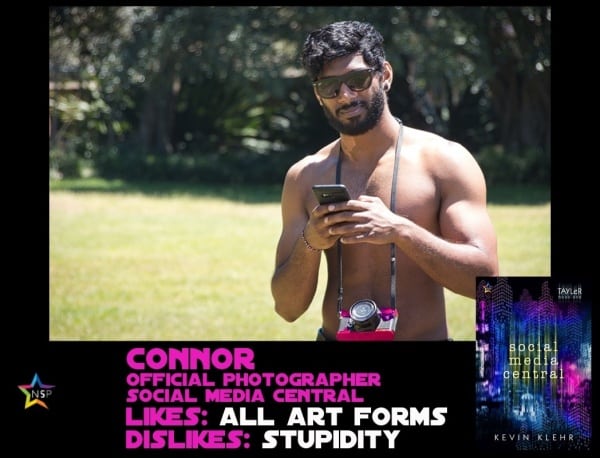 3 thoughts on “<span class="entry-title-primary">Social Then, Social Now: A guest post by Kevin Klehr</span> <span class="entry-subtitle">Author of Social Media Central talks about the past and future of social media</span>”