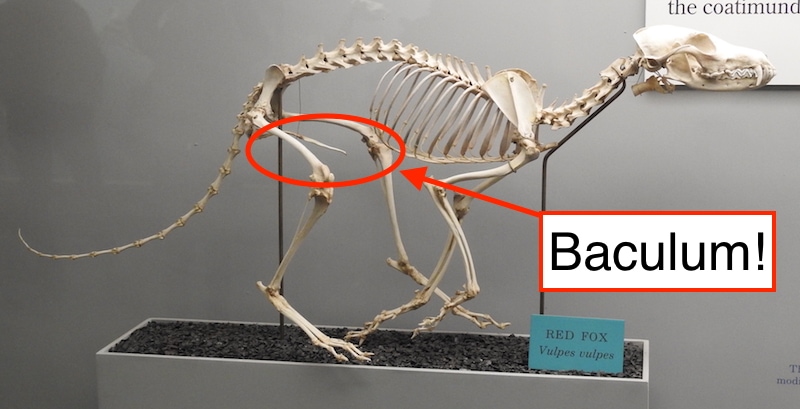 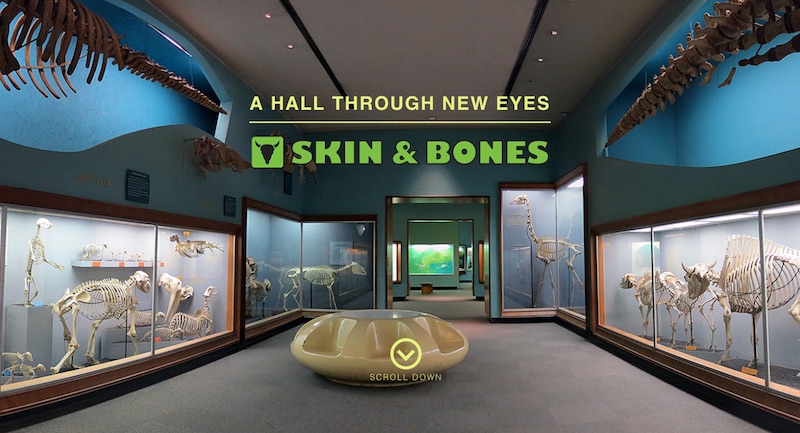 I’m in our nation’s capital for the holidays, which means I got to visit one of my favorite museums this week: the Smithsonian’s National Museum of Natural History. And what better to focus on this trip than the baculum, aka the penis bone, an actual bone that appears in the penises of many actual animals—just not in humans.

But I’m getting ahead of myself.

When I arrived at the museum, I didn’t have a plan for which exhibit I would first visit. I just wandered around until something caught my attention.

And what caught my attention was walking into a hall full of skeletons.

Being me—I take online courses in anatomy for fun—I thought this was one of the coolest things ever.

I ended up staying for two hours.

Known as Bone Hall, Osteology Hall, or the Skin & Bones Exhibit, this collection is one of the oldest in the Smithsonian Institute. It contains complete skeletons from hundreds of vertebrates (animals with bones), showing similarities and differences among species. While I’m sure I’d have my qualms with the methods used to collect many of the skeletons, the collecting was done so long ago that there’s no fixing it now. And there is much to learn from what remains.

Here’s a raccoon skeleton, which I photographed in honor of my main character Aaron Loreto from Love Unmasked. He’s a gay man who’s unlucky in love because, sometimes, he accidentally turns into a raccoon: 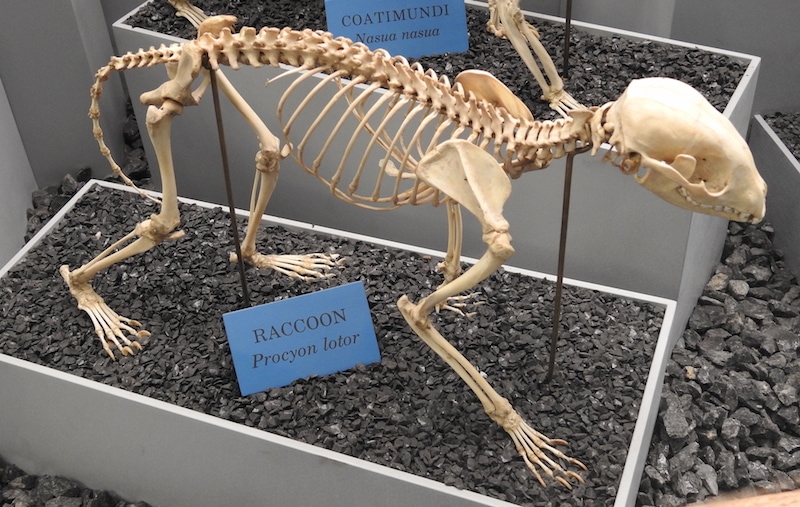 A couple things struck me while looking at this skeleton. The first was the huge hinge that sticks up from the lower part of the jaw and overlaps with the upper skull right behind the eye. Maybe this explains why Aaron tends to get headaches when he starts to turn into a raccoon—I sure would if my jaw were remolding itself like that!

The second thing I noticed was the hind ankle. In cats and dogs, the ankles are so high on the leg most people mistake them for backward knees.

The raccoon has a shorter hind foot than a dog’s or cat’s, and therefore their hind ankles are lower. Sometimes, they walk on their toepads like a cat or dog, as in this picture:

But they can also spread their weight on their entire foot, as in this photo:

It struck me that, with the similarities between human and raccoon feet, the world should have more raccoon shifters and fewer werewolves.

But maybe that’s just me, under the influence of Aaron Loreto.

However, there was something I didn’t notice in the raccoon skeleton that was just as important.

In many mammal species, males have a bone in their penis called the baculum to assist with sexual intercourse. Humans don’t have one, but great apes have a small one, and raccoons have a longer one do. Females in these species often have an analogous bone in the clitoris called a baubellum.

The baculum bone played a role in Love Unmasked, although it was more between the lines than on the page, with references to high stamina and “raccoon genes [that] enabled [Aaron] to go at it for more than an hour no matter how many times he came.”

But a genital bone is nowhere to be found in this skeleton, at least not that I could see. 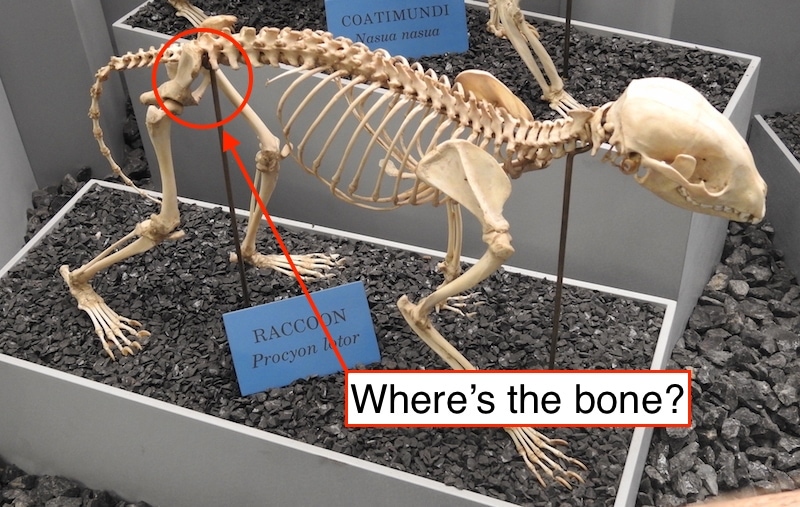 Being a thorough researcher, I looked and looked throughout the hall. Did the jackal have a penis bone? The coati? The baboon? The skunk?

Finally, my diligence paid off. I found the skeleton of a red fox (Vulpes vulpes) in which the penis bone had not been overlooked!

But why so few genital bones in the first place?

Was it because they tend not to be rigidly connected to the pelvis, and so were easily overlooked or discarded while butchering the animal?

Was it a prudish plot on the part of the Smithsonian to hide the truth about genital bones from a puritanical American public?

Maybe it was, back when the collection started in the 1800s.

Today, there is no explanatory sign next to the fox to explain to the curious onlooker why a bony toothpick is jutting out of its pelvis.

So who knows. Maybe in a decade, the Smithsonian will have a completely refurbished collection of genital bones from across species, and writers of paranormal shifter romances can study it to better understand the anatomies of their characters.

One can only hope.

After reading this post, someone on Facebook asked why humans don’t have penis bones. While they can, it’s not the norm—generally the result of a birth “defect.” Sometimes, bony tissue can form after an injury to the penis.

Hmmm, this does not sound fun …

But usually, humans don’t have penis bones, and Isobel Starling helpfully provided a link to this article on Scientific American with the low-down: Why Humans Have No Penis Bone—Mating practices may help explain the mystery.